Q and A with Sandra Jakisch, Director of “Marc Cain Bags & Shoes” her film was the winner of Best Major Brand Production Award at LFFF 2016.

A. SANDRA: I’ve always been interested in other people’s lives and their stories – but didn’t know that I could make a profession out of my passion. For a long time, I used to work as a graphic designer until I started studying documentary directing at the film academy Baden – Württemberg. So I was able to combine both of my passions– telling stories and creating imagery.

After my studies, I worked for many years as a documentary director. At one point I met my agent Betti from Berlin and moved more and more towards commercials.

A. SANDRA: I’m fascinated by fashion. In fashion films, I’m given the opportunity to play with the sensuality, the strength but also with the sensitivity of the female character and to map out these particular features.

A. SANDRA: I think that you’re allowed to tell stories in a more artistic way – to try more, be less restricted than in common advertisements.

Q. How did you cast this film(Marc Cain Bags & Shoes)? What were you looking for in your characters?

A. SANDRA: Rebecca, Managing and Creative Director at PROFASHIONAL has an amazing eye for Styling and Cast. She used to work for many years for German Vogue and I love working with her/ the teamwork with her. Initially, she is narrowing down the choices, then we discuss everything along with the client. 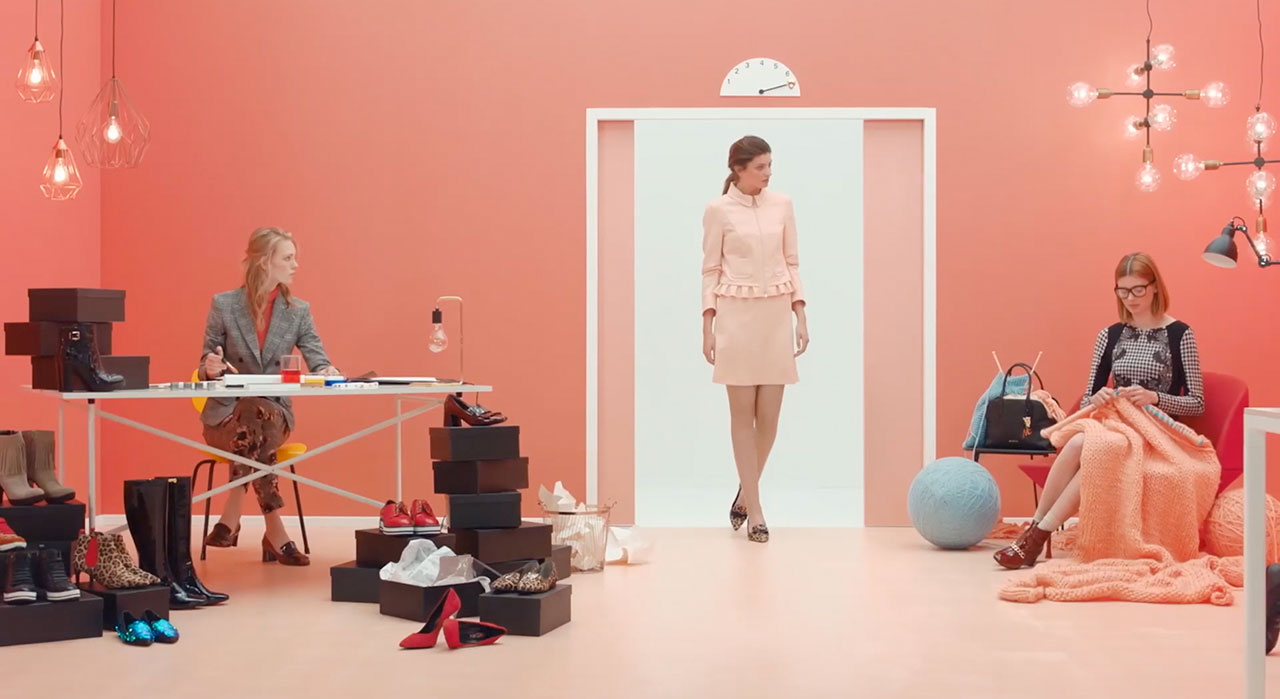 A. SANDRA: I’ve built a lot of close friendships with Directors and Producers during my studies. I love being able to discuss ideas and concepts with my friends and I admire their work.

A. SANDRA: The idea was to follow the model’s journey finding the Marc Cain DNA that the brand stands for.

A. SANDRA: The Artwork of this movie plays a significant role and it was obviously exciting right up to the end whether everything would look the way we imagined it. Aga as a Designer & Creative, who – along with Boris –was responsible for the Art Work, made us all very happy on set.

Q. How did you decide about clothing, jewellery and makeup?

A. SANDRA: Rebecca, as a former stylist, picked and discussed the selection that we wanted to have on set along with the client.

A. SANDRA: No matter the genre, it is most important to touch the viewer on an emotional level. A. SANDRA: My professor at the film academy used to say: ”Sandra, I know you can do it – just do it, shoot the movie.” And at the time I used to think:” Well ok if he says so…” Since then I love to throw myself in at the deep end. The feeling you get afterwards is incredible and I can fully recommend it.