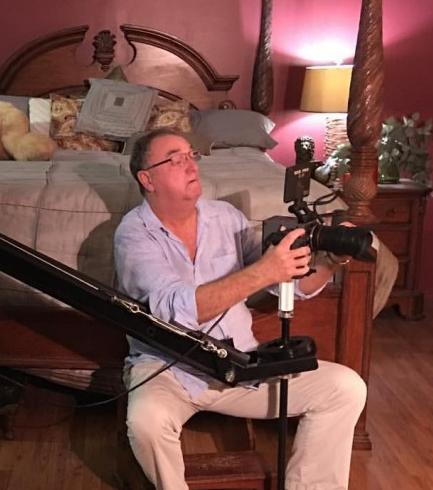 A. From the days of seeing the first films, I have been captivated and interested in capturing images for storytelling. I have been filming and editing for many years. I am of the old school and got my experience starting with Celluloid 16mm filmmaking with a Beaulieu Camera. The key learning experiences I acquired, was the need to be conservative with film. It was limited, expensive, and one could not afford to waste it, either in material or time. Our scenes had to be well planned, thoroughly rehearsed. Dry runs were repeated time and again, prior to actual filming. Errors were costly, both in material, time and resources. The filmed sequences were developed and the first viewing was days, if not weeks after the filming took place. The other, key learning, was the experience gained truly learning all the facets of the equipment. There was no assisted focus on our cameras. I know a true filmmaker on a set, if he carries a measuring tape.

A. To me, fashion is an art form. The challenge of taking clothing, actors and scene as a canvas, is my attraction to it. I am a purist, and refuse to use any effects in my editing. I want my audience to see what I see in the frame. The art for me is to deliver a story with imagery that is pure. For this to work I need “clean” images. Fashion is so well suited to provide the elements of my delivery.

A. Beauty, imagery, art, shapes, the thought that goes into building your scene to make it look, sell, grab, get the attention of the viewer, to a lifestyle, and a designer’s products. In addition, I search to add a story.

Q. How did you cast this film “Susanna”? What were you looking for in your characters? 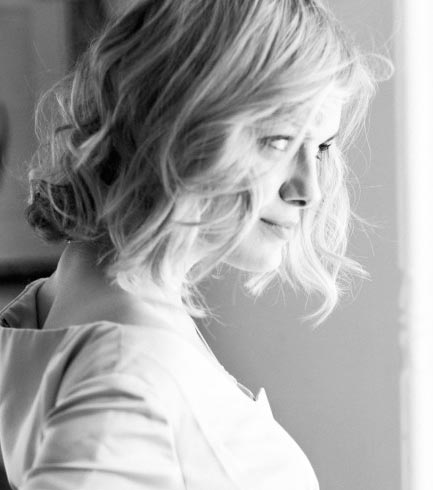 A. I have a few friends that film. I am in awe at the talent of any filmmaker. I look for techniques and ways of filming that are unique to them and differentiates them from others and how their experiences can help me improve my techniques.

A. Making a film that would encompass fashion, beauty, art with a story to break away from traditional beauty images, but still have stunning quality. I also wanted the viewer to participate. I wanted to leave certain things in the narrative, unanswered, so that viewers could input their own answers. This was achieved, by working with a unique and very talented script writer, Victoria Dieffenbacher. The decision to move forward was reached when I got the script in my hands, reading it, thinking “WOW”. The challenge then became filming it.

A. My biggest challenge was getting others to accept the script as I saw it. The concept of allowing the viewers to participate and fill in some of the story, was difficult to some. In the end, I prevailed and we made the film, per the script.

A. I reached out to several talented designers, stylists, hair and makeup professionals, accessory artists. Then handed it all to Erin Healy, working with the script writer, Vicky Dieffenbacher, the Director of Photography, Carlos Rodriguez Carrera, and the Line Producer and lead MUA, Raiza Rangl to deliver some great scenes.

A. It needs to showcase a lifestyle and offer innovative imagery of artful clothing and styling, along with a story line that blends it tastefully.

A. follow your Dreams. Never be afraid to ask for help and advice. Plan your scenes, and master the technologies that will be needed to achieve your vision. Take every setback as a learning experience. Do not accept less than perfect. Treasure the work of our team, and communicate effectively your expectations. There is no secret. It is about 90% of (really) hard work mixed with constant learning, and 10 % of red tape.