Basically, all my pictures are on the backstage of London Fashion Week, where, the most, I enjoy the time because we can see the effort of people working: hairdressers, make up artist, models, and stylists. All is consumed at the catwalk for 5 minutes but behind the scene is where all the works are done. 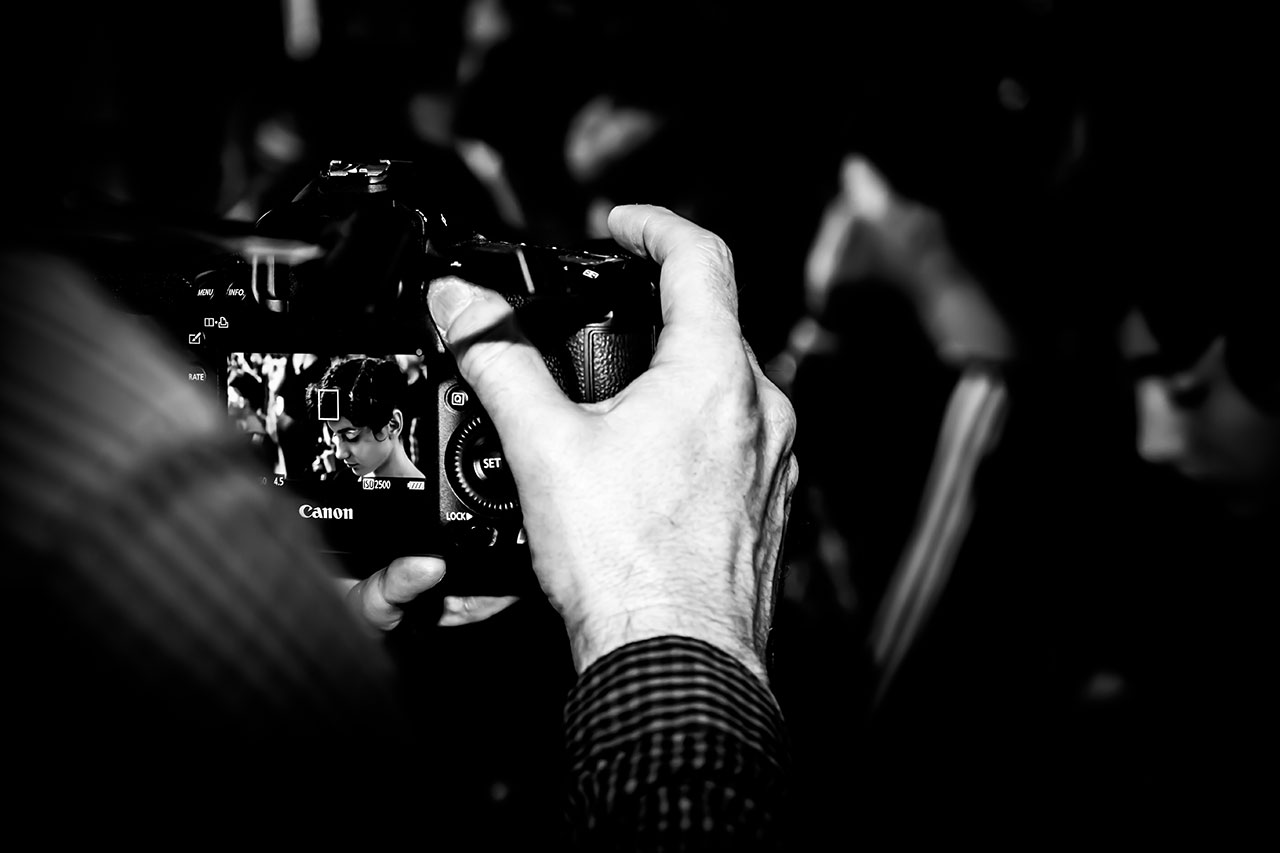 In the first picture, I stole a shot to a photographer while he was framing a model, waiting to be prepared. I liked the vision of the image in the camera. I thought it was the right moment to catch the unexpected pose. Designer: LEAF XIA. 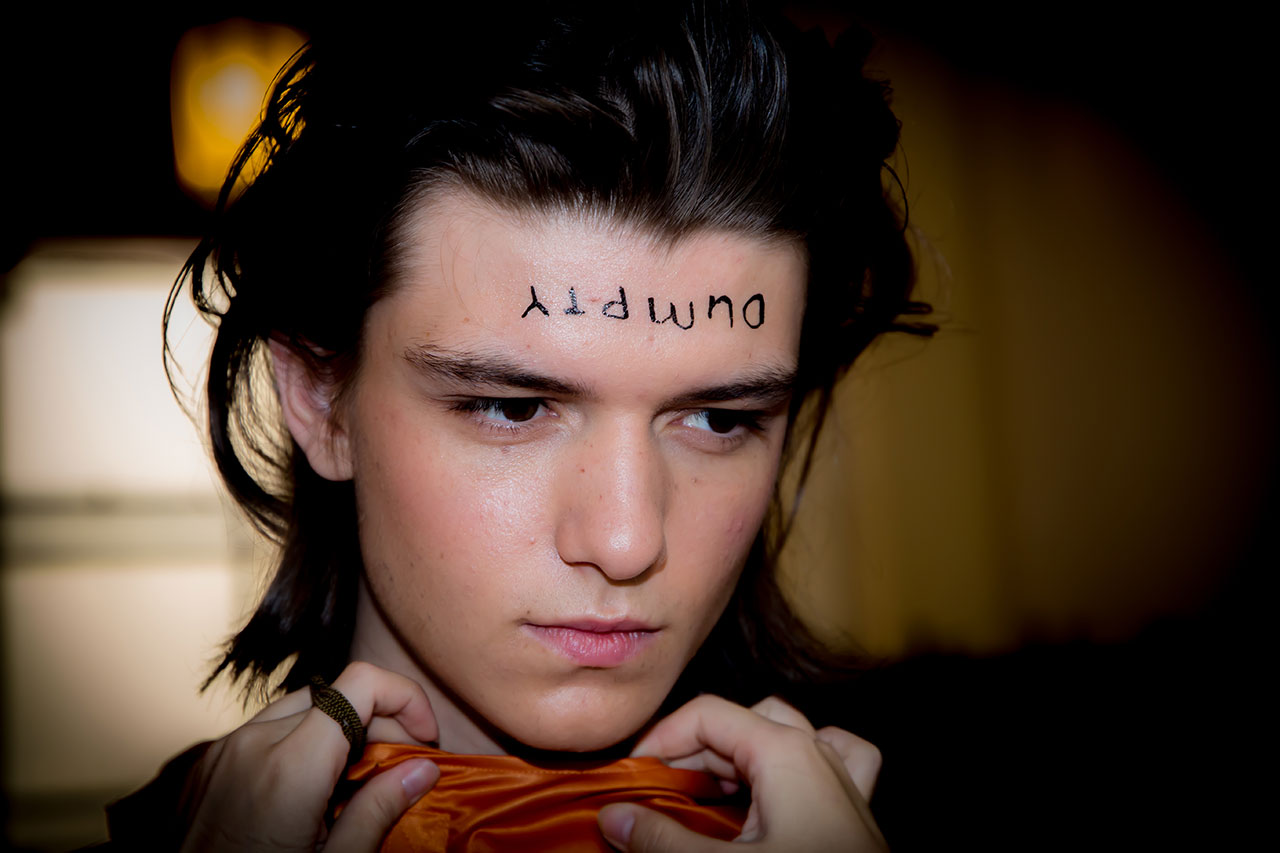 In the second picture It is always the backstage of the Fashion Week A/W 18. The fashion designer was Dumpty and I was amazed how all models were made up and branded with his name on all model's foreheads. I spot this model while he was being prepared before the catwalk. 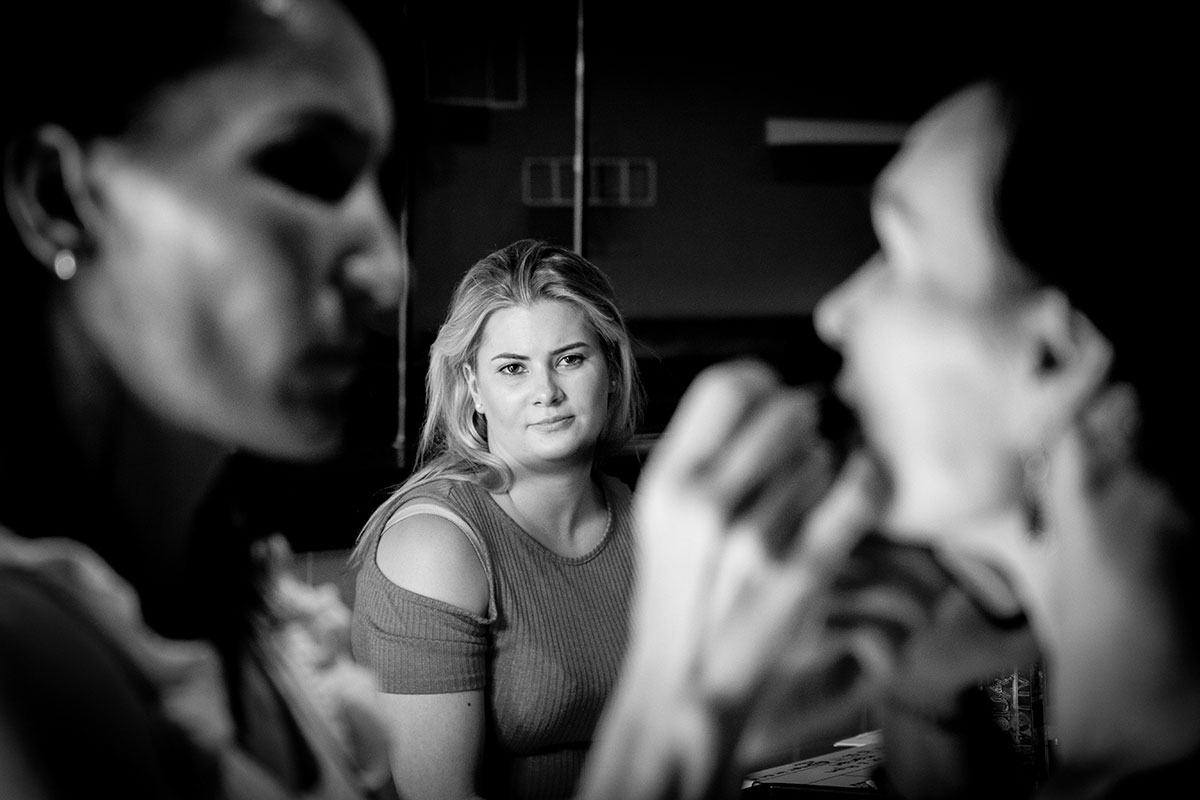