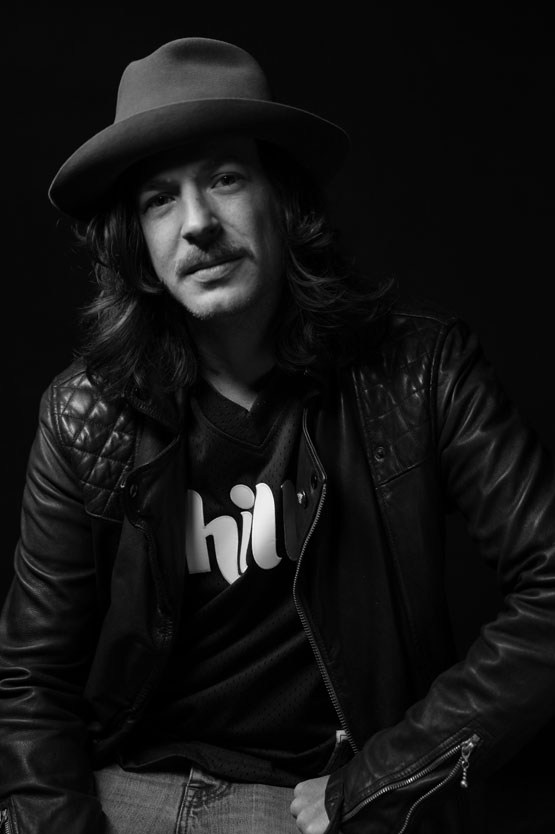 A. My grandfather was a calligraphist, a painter and a mentor to me. He really got me interested in all kinds of art from very early on. Filmmaking became my favorite outlet when I was an early teen. My parents bought me a camera and I used it as a way to get into all my favorite bands concerts by offering them free music videos/films in exchange for access when I was 15/16 years old. The passion for filmmaking just continued to grow from there.

A. For me, a fashion film is moving image that is undeniably captivating. Whether it be beautiful people, beautiful clothing or beautiful thought provoking imagery and or landscape. It’s not always narrative driven and can be more experimental than other forms of filmmaking. But to truly define it would be a near impossibility. Fashion films are fluid by nature. Ever changing.

A. Why not? All forms of storytelling are intriguing to me.

A. Freedom of expression. Even though all films are subjective and open to the viewers interpretation, fashion films seem to offer a director more wiggle room to do what is in their heads and not necessarily on paper (or scripted).

Q. How did you cast this film ( Mondrian Doha) ? What were you looking for in your characters?

A. It took quite some time to find the right models/actors for this film. Each space/location in the film had a unique look and required the right face, body, and attitude to inhabit it. I was looking for striking, memorable features. We worked with several casting agencies locally and internationally to find the perfect fit for each scene.

A. Plenty of my friends are filmmakers or artists in their own right. I am always supportive of their work. There is no competition between any of us. We look at each other’s projects as a great way to collaborate, share ideas and expertise with one another. Filmmaking is a truly collaborative art form and can’t be done alone. Working together to achieve any artistic outcome is far more rewarding for me than going it alone.

A. The original concept for the film was built on the inspiration I got from moving through the spaces of the hotel. Each space was incredibly unique and required it’s own bespoke scene or look. I drew a lot of references from Alice in Wonderland, 1001 Nights, and Stanley Kubrick films. Each scene needed to be as grand, opulent and sexy as the space it was shot in.

A. There is a scene in the film that features a gazelle in one of the hotel hallways. This was logistically quite difficult from beginning to end. Dealing with wild animals, especially “non-professional” ones can be a nightmare. The shot is featured for a few seconds in the film and took several hours to shoot. My crew and I were hiding, completely still and silent under a black sheet in a hallway for several hours waiting for the gazelle to settle, stand directly in front of camera, lift it’s head and look right down the lens. In the end, we got it and it was beautiful. The gazelle, the crew and the hotel were completely unharmed.

A. I had color palettes and general ideas about the clothing, accessories and make up from the start. I am a very visually oriented person and I collect images with an almost obsessive compulsive drive.  When I photographed the locations in the hotel, I sketched the characters into those spaces with what I felt was the best look for them. I pinned images from magazines, books, thrift shops, history books and various internet sources to each “storyboard”. Once I had that, I recruited a team of the best stylists and designers in Qatar who I knew would take my original vision and bring it to life with a new and exciting twist. They nailed it.

A. Knowing what you want from the film before you make it. I think that goes for any kind of filmmaking. Stay true to your vision and enjoy doing it.

A. Sometimes there is no difference. Everything is advertising something. Whether we like it or not. It might not always be blatant but even sexiness is advertising.

A. Get your hands dirty. Get out and do it. That’s the only thing that will separate you from everyone else. 99% of filmmaking is having the courage and drive to just do it. You could just get a job working at the mall. But making films is far more fun than that.