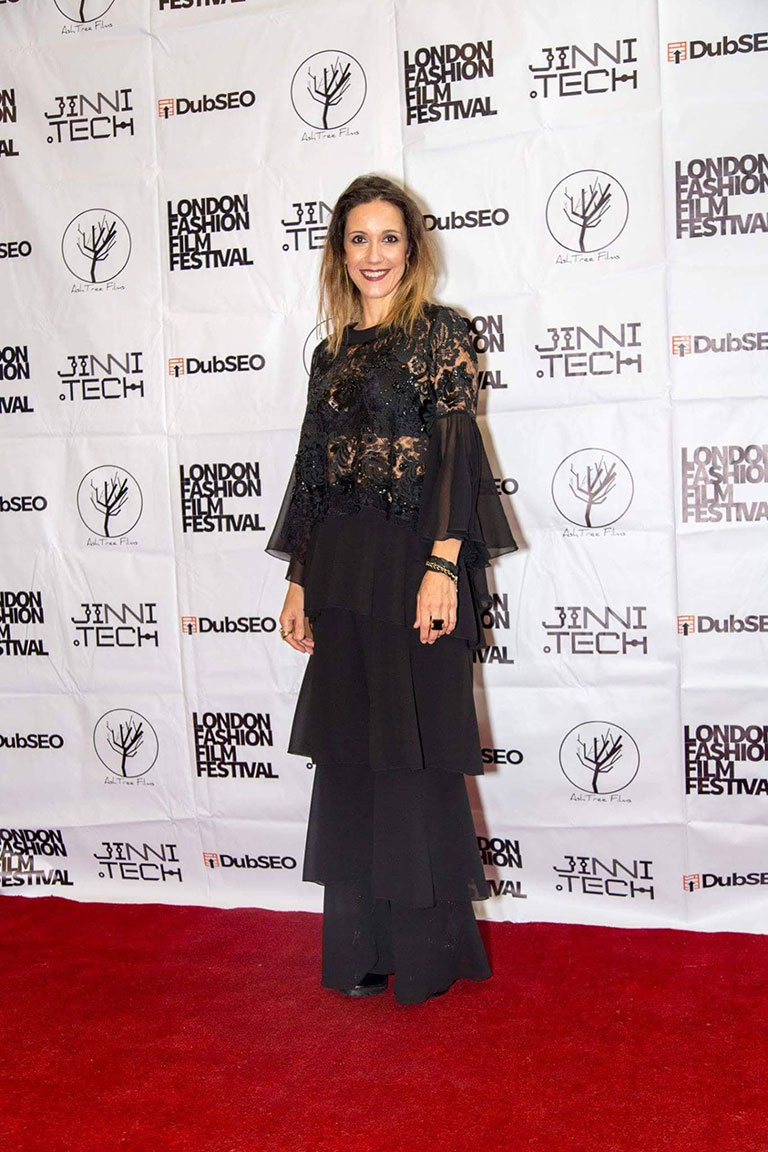 Q and A with Joana Bastos, Director of Lilith, her film was nominated for Best Accessory Design Award at LFFF 2018.

A. when I was a child, in the 80's, my father always walked with an analogue photographic camera and video camera 8 from Sony. Since then, I've always grown up with this feeling, and I bring in my heart those little movies made by him when he filmed me playing with my artistic creations or dancing ballet! Since my graduation in marketing management, a long time ago, I've started to realise several ways of communication that I could work my intellectual creativity, exploring several themes and concepts. I really like to create a concept or idea and bring it to life, through the movement, the image and the emotional involvement that I can get from the audience.

A. For me, a fashion film has a broad meaning! Can be related to fashion, beauty, art in general, technology...and the message you want to convey! Can be a story for a brand, like advertising of underwear, cosmetics, and accessories... whatever the product or just a concept and not be focused in a brand, or simply a combination of random images. Or even, it can be a documentary. You can use several tools such as sound, visual effects, photography, among others, to enrich the project and capture the attention of the audience you want, depending on the purpose.

A. Because as I mentioned before, since my graduation in marketing management, I've started to realise several ways of communication that I could work my intellectual creativity, without rules, mixing my ability to work with my hands, like the sunglasses that I presented on “Lilith”. And associated with that, I can show my personal and professional skills to produce an idea, to plan it, and pass it onto in the fashion world, without rules! Only with much shine! p>

Q. What makes a fashion film different to other short film genres?

A I’m not an expert in fashion films, but from my point of view, we can fully explore our creativity and freedom of expression of our feelings, deep emotions, personal experiences, to make a fashion film, with no rules! At the same time, we can use it to sell something, a brand product or service, like photography, visual effects, or in my case, to promote creative production services.

Q. What were you looking for in your characters?

A. In this film, Lilith is one of my characters, known as the black moon, coming from the dark side, shows the dark side of the person's personality. And the other character shows the other side of the moon, which is conscious and enlightened, that rescues the deeper emotions of being, creating and generating peace and soul balance. Bringing to life the beauty, loveliness, delicacy and glamour of the human being! And I think the models Giulia and Mariana did a great job as they managed to convey this feeling! . 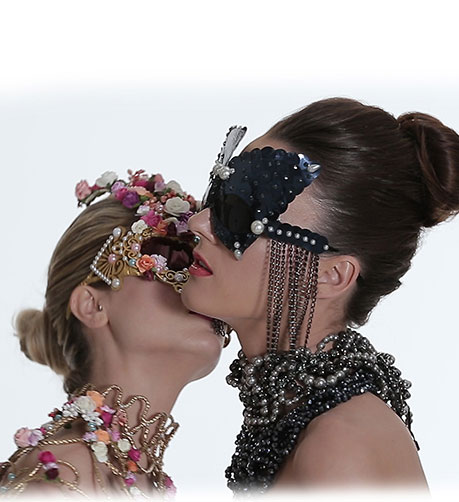 A. Yes, I have friends! They do other kinds of movies, documentary films, video clips, institutional videos...! They like the idea to work in something different, is another challenge work in fashion. I think people should do what makes them concrete, exploring other styles and new paths! I think it's good to have healthy competition, it makes us grow! .

A . For my film, the original concept, it's a relation of my handmade eyewear line and astrology.

A. . I think the biggest challenge is the same that most people have, it's that reduced budget to produce it! Especially when the project is personal! But there is nothing that is not done with good will and vibes.

A. When I’m thinking in my story, about two opposing forces, from an astrological point of view, I decided what would be the sunglasses for each character! And from that, I was building each look by clothing, jewellery, make-up, hair and body paint from the style of each sunglasses! And for that, I had a great teamwork to support all the production, behind the scenes! For makeup and hair, I decided to contact my friend Teresa Coelho, she is a great makeup artist and she works for a Portuguese TV channel. For dressing and props, I decided to contact Íris Loba, she is a Portuguese artist, from my city, north of Portugal, she is a sculptor. She makes sculptures through the rope, creating a filigree texture! Although Íris already thought about creating something related to fashion, it was a challenge for her! So, this was a very good opportunity to work together on this project. And I’m really happy! And at the end, my friend Angelina Fernandez, she supported me in all details of all production, with clothing, jewellery and other important details!

A. For me, it is necessary to have an effective and powerful communication, with strong emotional involvement! Depends on each one! 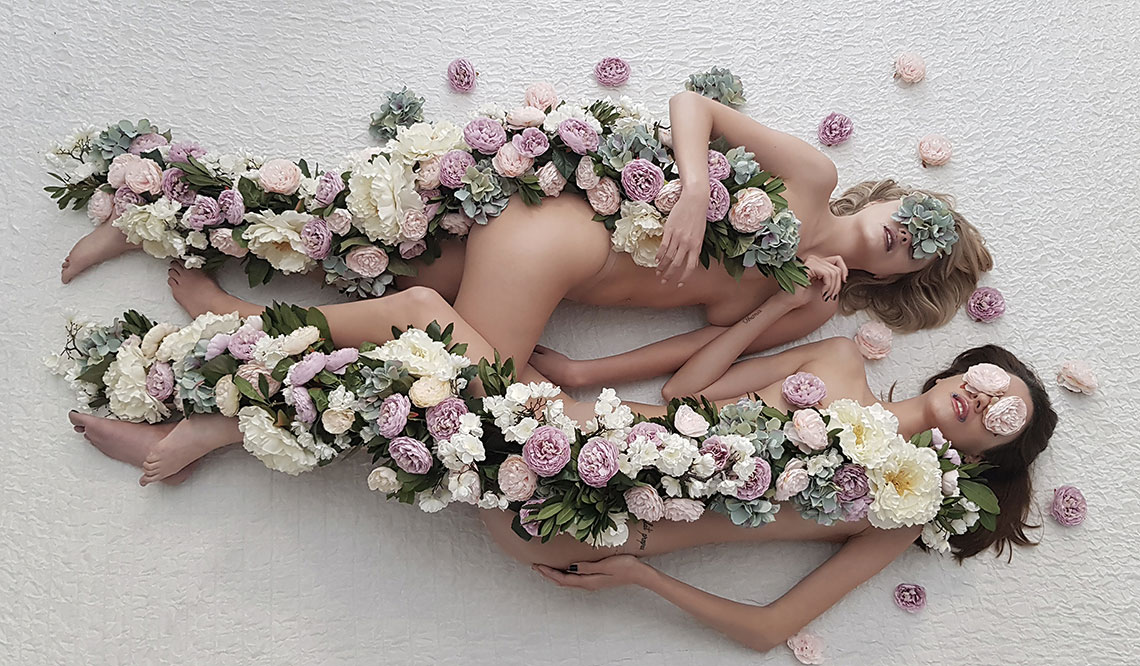 Q. What is the difference between a fashion film and advertisement?

A. I think the fashion film can be made for advertisement too! To promote everyone and every brand that is included in it. But the difference can be about the budget and the kind of freedom we have when we work our creativity.

A. This point is very subjective for me! From marketing point of view, one of the principal aspects is using brand strategy to make a film. When we present the project to a company, it's important for it to be done with effective and clear message to produce a good know-how, giving value to the brand and working on position statement of the target and making new consumers! (or) Get money to make some project, depends on several points, if it’s for a brand, or get some sponsors for some personal projects...depends! If we want to do something different, sometimes it's possible to do some investment! Like on the Lilith fashion film. In my point of view, after planning a script, we need to have in mind some points of the costs, where the movie will be filmed, how long it will take, how many scenes, how many people we have in cast like models, dancers, singers, actors, the filming crew, lighting, photography, post-production, sound-production, production crew like set design, make-up artists, hair stylists, fashion stylists, nail artists, assistants... so, depends of the complexity of the project know how much we need to pay, or the other point is if we have a budget that we cannot spend more, and we figure out how we can do it with limited budget! In my case, as I love work with several departments, in art direction, production, post-production, it's a hard work but these skills support me to reduce the costs!

A. For who aspire to be fashion filmmakers, I advise to see many films and pay attention to all details, when, where and how was made! I'm not a filmmaker, I'm just a person who loves create concepts and ideas and give them life through different ways! So, do what makes you happy! Thank you so much!!.