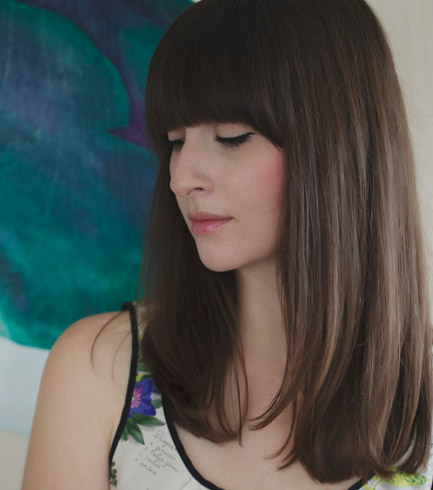 Since I can remember there was never a question that I wanted to revolve my life around the arts. I began as a fine artist, then that grew into an interest of 3D Modelling. So, I went to the Academy of Art University of San Francisco for 3D Modelling for Video Games and Film. After graduating, I began working in film for 3D and soon switched into the Art Department where I am mostly building and designing props and also on the set decoration team. At the same time as my career in film and tv began growing, I found another passion for fashion photography! With working both in the film/TV, and Fashion photography, it was a natural progression for me to explore fashion films. After all this, I have discovered that nothing makes me happier than being a fashion filmmaker!

There is nothing I am more passionate about than fashion films. Fashion films are simply – fashion in movement. The designer created this garment to be seen in movement, not in a still…. So, what a more exciting thing to do that basically create a moving image both honouring and interpreting the way a garment was meant to be seen – in movement!

I was looking for a model that really would be able to evoke a dreamy mood and wear the garments in a delicate way. I think that the ability to collaborate creatively with a model is so important. I always love working with a model that listens, takes direction and really gets into the zone. The model for Dream Travels did just this!

Most of my friends are in the film industry. They are making movies and TV shows. They are not, however, making fashion films. I am very lucky to have an amazing group of supportive friends in film.

Dream Travels Through the Pastel Sky was the theme for the 1st anniversary issue of my magazine, OPALUS. For most of the issues of OPALUS Magazine I create a fashion film that partners with either the cover shoot or the theme of that particular issue. The concept of the issue was how when we fall asleep we travel through the astral planes, and that we need to pay attention to the messages that our “Dream Self” gives us while we sleep.

The Editors Note from this issue explains more behind the concept of the fashion film, Dream Travels Through the Pastel Sky:

Gazing into the ever changing sky we are often unable to distinguish where one colour transitions into the next. Similarly, our dreams transition from one to the next with this exact same intricate gradient, reminding me of both the beauty and the strength that lies within subtlety.

Our dreams let us float through an ocean of freedom, allowing us to explore and create in a space where restrictions and laws of physics no longer apply. Dreams allow us to weave space, time, ideas and memories together without the burden of self-doubt or external criticism, expanding our minds and hearts in ways they otherwise would not. With no limitations, I often wonder if the world we travel to in our dreams contains more truth than the world we find ourselves in during our waking lives. Therefore, I always pay close attention to the messages my dream self is trying to show me. Only taking with us glimpses of these messages into the present, we must consider these dream fragments precious gems meant to inspire and transform us with their whimsy and infinite possibilities. Continue to dream after you wake. 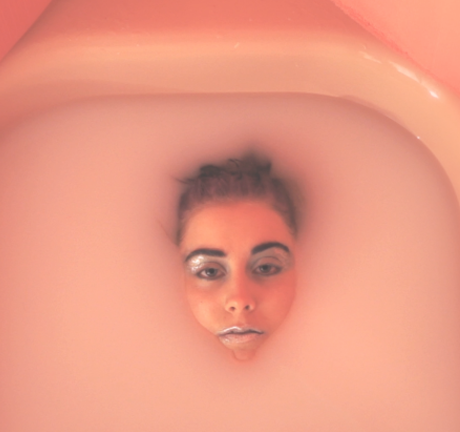 This was a 3 day shoot where I was shooting both stills and video. It took a long time to narrow down the clips that I wanted to use so that it wasn’t too long of a fashion film, but I think this was a very good challenge to have! Another challenge was that this was the most sets that I have ever built before. We went to two different locations and I built a total of 6 sets for this shoot.

The Makeup was done by the most talented makeup artist I have ever worked with, Rebecca Nantel! Each makeup look was thoughtfully planned out. In particular the makeup that was on the cover of OPALUS, and at the end of the film was a look worth mentioning the most. This makeup look had a triangular negative space in the centre of her face. The outside of the triangle has more colours. This concept was created by the makeup artist to represent her being engulfed by her dream self. Her dream self is taking over. It is truly one of my all time favourite makeup looks! Throughout this series Rebecca created 5 makeup looks, each with pinks, purples, soft yellows and blues. Each look shimmered beautifully and was so delicate.

I selected 3 pieces that were entirely bronze sequin, a dress, pants and a top, from a local designer here in Canada, LUXX Ready to Wear to have in this film. I loved that sequin refracts light and has a beautiful texture. I wanted something that shimmered as that seems very dreamy to me. I sewed the head piece she wears that was inspired by an old fashioned pilot hat. This was sewn out of satin, with crystals and the neck is made of real moss! This represents her traveling through the astral planes. I searched for a garment that was very fluffy and fuzzy but was not successful, so I decided to hand knit an entire dress with yarn that reminded me of clouds. The knitted dress has about a couple hundred Swarovski crystals stitched into a netting around the neck. These crystals symbolize pieces the messages that you take from your dreams back into the world when you awaken. You see in this film she is gathering crystals and later you see them on her garments. I also knit the head piece with crystals on it. In addition I made the purple satin “wig” she wears, which is worn to symbolize her mind travelling through the astral planes.

She also wears a paper skirt that was made out of the paper abstract clouds that “melt” in a scene prior. This was chosen because you see that she is transition and blending from one dream to the next. 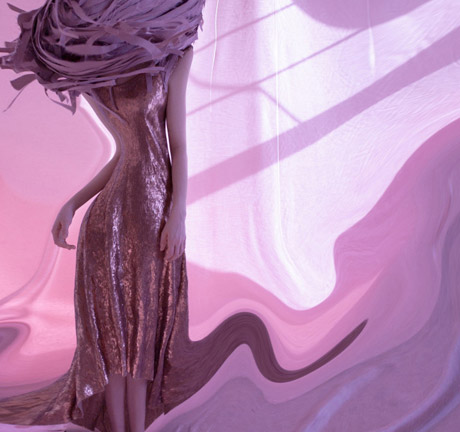 Q9. What are the key elements to making an effective fashion film?

The key element to making an effective fashion film is one simple thing – showing the garment in movement!

What advice do you have for aspiring filmmakers?

My advice to aspiring fashion film makers is to follow your instincts always! Never try to create something because you think it is what others want to see, or what you think others will like. Only create work that YOU love and that YOU want to see! Be fearless and always ask yourself “How can I push myself further?”