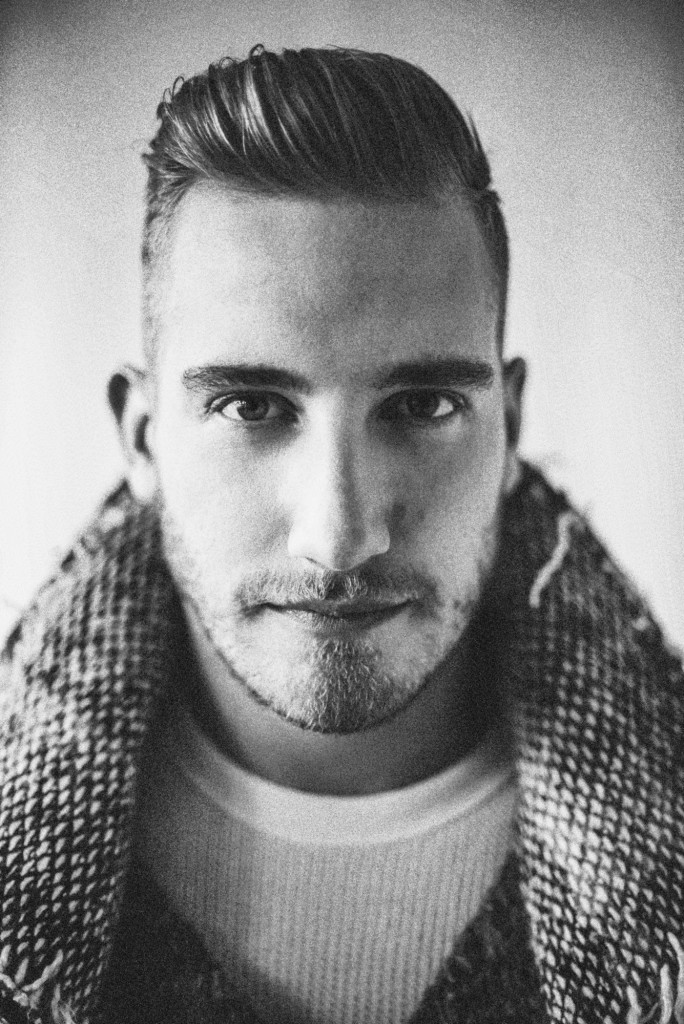 When I was 12 years old I started taking photos of my skateboarding tricks together with a couple of friends. After a while I found out that the digital photo camera I was using had a film button. This resulted in our own skateboard movie which was shown to family members and the response it received gave me so much energy, that I decided to make another one. Over the course of time I started to fall in love with filmmaking, effects, storytelling and the manipulative power you can wield as a filmmaker. From my 16th till my 25th year I worked in the world of Electronic Dance Music and filmed almost every celebrity in the world from a few feet distance (Justin Bieber, Madonna, Snoop Dogg, David Guetta, Deadmau5, Tiesto etc). In this period of time I travelled the world many times with former #1 DJ in the world Hardwell, for who I made two worldwide cinema screened documentaries. I have never had a goal of becoming a director. It was more that I had a certain vision of how a film should be made or a story should be told. That this role in filmmaking was tagged with the title ‘Director’ was just a side effect.

I love the experimental way of story telling. Everything is possible and the strangest outfits and costume designs offer you a wonderful way of playing around with the camera and set. Creating an abstract environment in which fashion is central is what I like to do the most. The physical fashion (item) is always leading in my films. I love to elevate the narrative of the designer and their philosophy by completely absorbing the brand in my research so I absolutely know every detail about every stitch. I love the endless possibilities you have as a filmmaker, especially with fashion! The power of manipulation, the emotional (rollercoaster) journey you can give to an audience and the food for thought when the film is finished. That’s like drugs to me!! 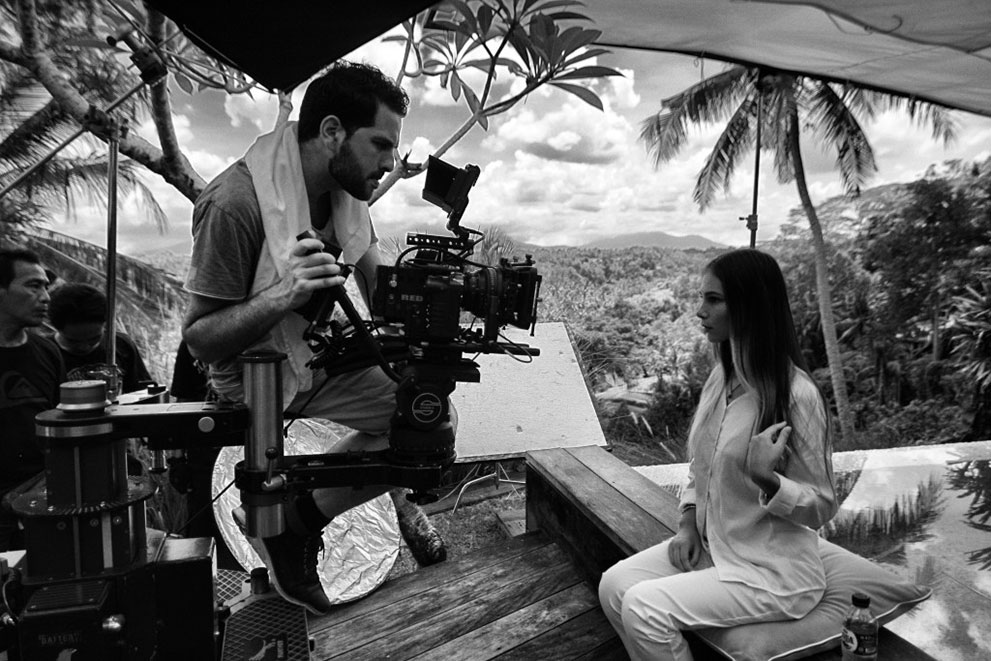 Q. How did you cast this film “Embrace Life”? What were you looking for in your characters?

Casting took place via the email with several casting and model agencies in Bali. The female model came over from New Zealand and the male model from Spain. Including the rest of the crew, more than 15 different nationalities worked on this film together in the country of Indonesia. For the characters I was looking for a masculine male model with strong eyes and a pure, serene female model. They had to represent the bible versions of male &amp; female, ‘Adam and Eve’.

A few years ago I had a bizarre experience in a period of time in which I felt quite depressed. A couple of friends and I experienced a special form of herb meditation in which a shaman blows Indian herbs into your nose. The herbs caused a spiral of thoughts in which I jumped from one setting into the next one. In the beginning I had no idea what was going on so I started fighting these weird thoughts until I came to a point of total surrender and I felt calm and experienced inner peace. This experience was combined with the brands philosophy, ‘embrace now’, and turned into this commercial. 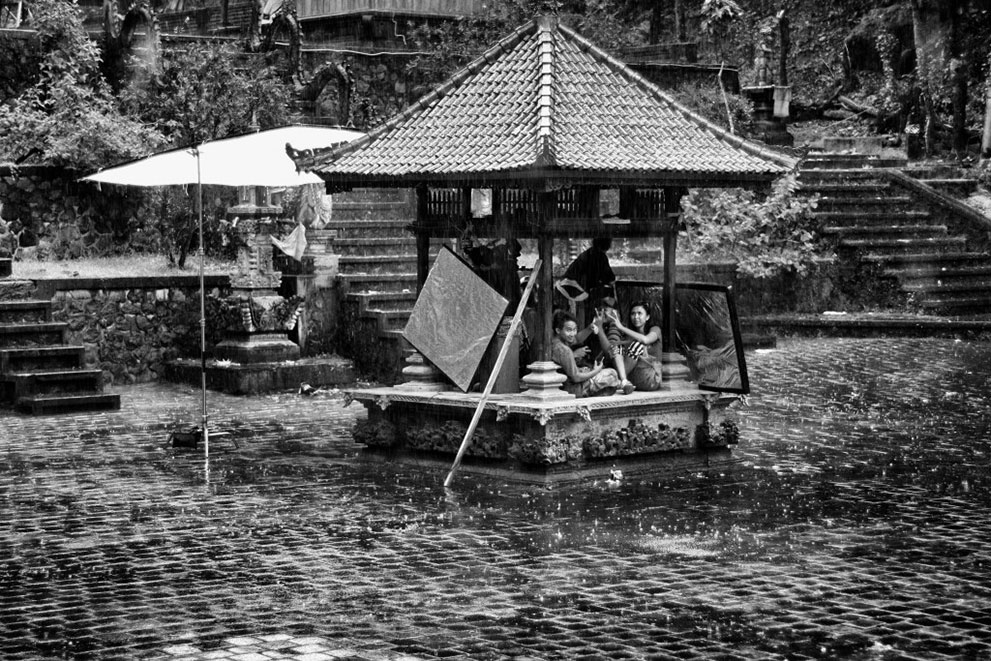 Filming in the country of Indonesia was pretty much the biggest challenge during this production. Not everybody speaks fluent english, cultural differences, religious boundaries (think about restrictions in terms of filming in temples) and a much slower version of daily life were some of the challenges we had to overcome. The weather conditions were quite extreme, think about 37 degrees in a burning sun the first moment and an hour later you’re experiencing a tropical storm. The light and camera equipment had a hard time and the stands were regularly replaced by members of the Indonesian crew who would hold them up in the air for long periods of time.

Everything had to be basic and authentic so it would not distract you from the story. Although the brand ‘Buddha to Buddha’ is particularly famous because of it’s unconventional big chain jewellery, we choose to use simple and subtile versions of their latest collection so it wouldn’t be too obvious that the film is about a jewellery brand. The clothing of the male and female is inspired by the outfits that people wear in a retreat: simple, comfy, white cotton clothing. The monk is wearing a traditional robe and the ceremony dance is performed by a group of young locals that wear traditional outfits which represent the good and the bad spirits, Barong and Rangda. It was amazing to see this whole dance being performed. Offscreen we were working with a group of about 50 people just for the performance which included, teachers, more dancers, theatrical characters and a whole orchestra of instruments that gave the dance it’s rhythm.

I think an effective fashion film adds an extra dimension to the fashion itself. The fashion on it’s own already tells the story of the designer and it’s up to you as a filmmaker to elevate that narrative or give your own interpretation of it. This will embrace and enlarge the brand experience in every way possible. For me the key element is always a good story, but some might say it is more about portraying a certain mood.

Believe in yourself and your vision of reality, how crazy it may sound to the people. Failure does not exist, only learning how to do it better next time so don’t be afraid to take risks. When I was 19 I started my own film company, without a degree in filmmaking. Yes, I have experienced some very hard times but I believe that anything is possible when you put you mind to it. I love telling ancient, religious based stories with great cinematography and I strive to do it better and better together with my crew every time. Telling simple stories, in a big way. When people have seen my work and look at me and say ‘Goosebumps..’, that’s what gives me goosebumps and feeds me with a proper shot of adrenaline to keep striving for an even higher goal. Find that one thing that keeps you going in hard times and you’ll get there.