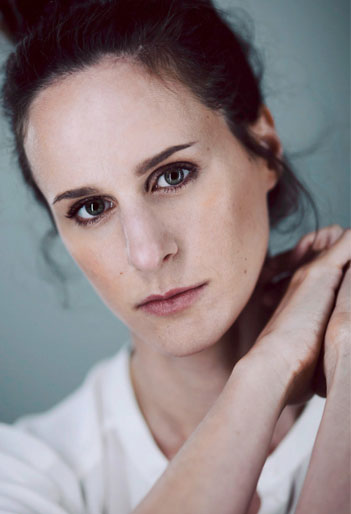 Q and A with Esther Löwe Director of G. Her film was nominated for Best Cinematography at LFFF2015

I studied at film school. My interest in film grew out of music and drawing, both of which I spent a lot of time doing since childhood. I studied film music and sound design first before noticing that I wanted to write and direct, too.

I felt like exploring a new genre, trying to define what fashion film is and to develop my own language within that definition.

That depends on the type of fashion film, whether it’s narrative, documentary, experimental, a ‘moving lookbook’ (a label I use), or what I call a fashion video. First and foremost, the central difference is that fashion film promotes fashion. Fashion is the film’s raison d’être. So all the elements of the film, from story to colour grading, serve a purpose.

I cast this film by choosing a couple who I found had good chemistry and fulfilled an aesthetic ideal. Their looks were important, but I spent time getting to know each of the candidates before making my final decision. As soon as fashion film is narrative, it’s no longer enough to work with good-looking models; they have to be able to authentically portray the designated role. Many models can’t do this, in my opinion, because their main focus is to look good (most of them have a set of rehearsed facial expressions), whereas spending any time worrying about the way you look on camera is the worst characteristic an actor can possibly have. Instead you must be open to the process of authentic feeling in the moment, forgetting your own effect on others. These two candidates were very open and authentic.

Q5. Do you have friends making movies as well and do you sense competition amongst you? What do you think of their movies?

Yes, I have a large number of colleagues and friends around me who work in the film business. Certainly there is competition, occasionally envy, but also a lot of mutual support. It’s a crazy profession and we all need to have at least a small portion of megalomania or madness in order to make films. So, I’d be surprised if there weren’t insecurities in all of us too.

I can’t generalise on how I find their movies. There are wonderful human beings who make very mediocre films and ghastly people who make truly honest, individual films. But I’m very lucky to have a group of people around me with whom I can have meaningful and helpful conversations.

Amber: The idea came from Ricardo Seco, the designer, who was planning to take the trip alone to see the people that would be working on his collection and learn about their craft. He had a sense that this journey should be documented. We took each day as it came, keeping in mind what kind of interview and scenarios we would need to capture. 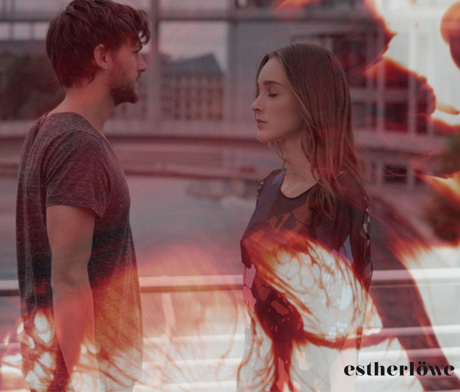 Q7. What was your original concept for making the film?

The finished film is pretty much exactly the concept I wrote and pitched to the client.

Q8. What was the biggest challenge for you in the process of making this film?

The small budget and the resulting lack of time during the shoot. And the fact that we shot two different fashion films at the same time in order to save money! So from 4:30am to midday we shot this film on location, then we shot another film with other protagonists and a partly different crew at another location after lunch. The next day was the same. Crazy!

Q9. How did you decide about clothing, jewellery and make-up?

Since it’s a perfume film, it’s not a film about fashion that you can see. Therefore, it differs greatly from many other fashion films in that it’s not an expressionistic film in regards to fashion/styling. Instead, everything was supposed to be extremely realistic. The two characters were the main focus and their styling reflects who they are. An exception is HER dress, which is by a wonderfully talented designer from Berlin called Antonia Goy. I was looking for a piece that mirrored the colourful, explosive macro shots and enabled a lot of dynamic movement in the flow of the material, because the film is edited on the beat of HER steps.

Q10. What are the key elements to making an effective fashion film?

Phew, that’s a hard one to put into a few words… Many fashion film makers have different opinions on this, but in mine, a fashion film shouldn’t be called a fashion film if it’s not a narrative film. Now, I’m not necessarily talking about a chronological, classical narrative, but it must have some form of narrative conflict at its core, whether it be fragmented, augmented, or whatever. The reasons for this are: first, emotional investment, which is much higher when there is any kind of narrative conflict than when moving images are edited together for the pure purpose of pleasing the eye (compare any of your favourite music videos without a narrative to one with a narrative); second, that the medium film is defined by particular elements that must be fulfilled to transform a succession of moving images into a film. Just as music video is not film, a moving lookbook that features clothes via moving images is also not film, hence my term ‘moving lookbook’.

So, the question is: what effect is trying to be achieved? Only when one is clear on this question can one decide on the right medium or genre to achieve the desired effect. Does one want to achieve the viewer’s highest emotional investment (with the brand)? I’d suggest a narrative fashion film, or maybe documentary. Or does one want to feature fashion pieces in motion in a pleasing, aesthetic way? Make a moving lookbook. And so on… Know what it is that you’re trying to achieve, because in the end, although the medium film is always on the cutting edge of art and commerce, fashion film is not art. It’s not about a personal artistic expression of an individual. It’s supposed to promote fashion in one of sundry ways. So it has a clear objective. I always try to find that objective, define it as clearly possible, and then write a concept that serves it best. 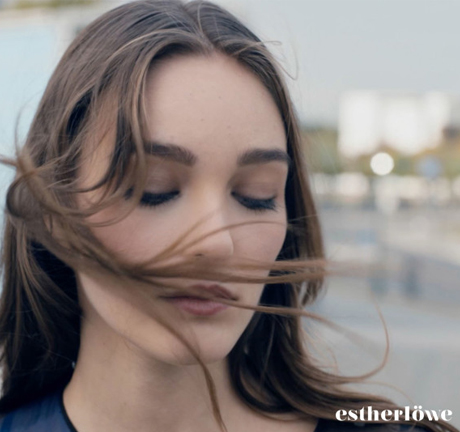 Q11. What advice do you have for aspiring filmmakers?

Work with both your gut and your head. Be intuitive but always push yourself to analyse why you are doing something. Let yourself be proven wrong, and put your film before your ego. Remember, everyone in your team is an expert in their field, so they know more than you – respect their opinions. And have fun, this is the best fucking job in the world!