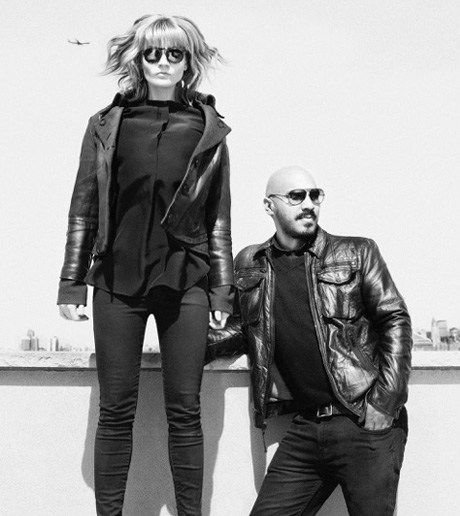 Luis: In 2011 I completed a program in Art Direction in Madrid and then worked on several short films there before moving to New York, where I directed for the first time with Amber on our fashion film Immortal Game.

Amber: Looking back, it’s all originates from my performance background, having trained in dance and in musical theatre. While living in London (2003-2005) I started acting in indie films and was often involved with various aspects behind the camera, such as with casting, wardrobe, or helping out with the make up. When I moved to New York in 2005 I produced a short film with some friends and immediately I began taken filmmaking courses, formed a production company, and produced/directed several projects including a low budget feature film. Then in 2013 Luis and I formed Noir Tribe Media to firmly focus on fashion content.

Probably because of my dance background, I have always been drawn to glamorous costumes. When I was producing and directing indie films there wasn’t enough fantasy for my taste! I was writing these sci-fi scripts and my professors were advising me to be less ambitious. That didn’t sit right with me – why make films if you aren’t in love with the story you are telling? With our first fashion film Immortal Game we had total creative freedom to tell a story around a capsule collection. We had a lot of fun researching and writing a fashion scenario around the Immortal chess game, allowing the different looks to represent the key chess pieces in the game. As for Peyote Dreams (nominated for Best Documentary at LFFF), we had an incredible opportunity to travel to Mexico and document a very private village in the mountains. On that film we discovered a deep passion for directing fashion documentaries. 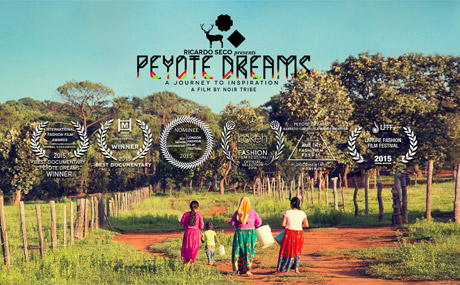 Luis: What’s exciting with fashion film is it is such a new genre that there aren’t rules. It’s this very experimental mixture between art and commerce that is also influenced by technology, plus with the influence of rapidly changing fashion and storytelling trends, it’s continually changing. It appears to be very democratic; anyone can make a fashion film with a shoestring budget, all you need is creativity. Also, the films are generally quite short, entertaining, and easy to digest!

Luis: We didn’t need to think too much about casting, more so we shot the environments we found ourselves in, filmed the experts, and in some cases chose to feature the girls in the village that had great personalities.

Q5. Do you have friends making movies as well and do you sense competition amongst you? What do you think of their movies?

Luis: The friends we have in the industry we’ve met through the fashion film festivals. There is a true sense of community, because the fashion film format is so new and experimental it seems we are all growing together, and a sense that together we are defining what a fashion film can be.

Amber:Perhaps it’s similar to the late 80s and early 90s when indie filmmaking was developing. Like in 1993 when Quentin Tarantino and Robert Rodriguez met at Sundance; those dudes grew in notoriety together. They developed their individual styles, grew successful, and also supported each other. What’s exciting in fashion filmmaking is it’s such a creative genre that you can see how filmmakers develop their different interests and styles.

Amber: The idea came from Ricardo Seco, the designer, who was planning to take the trip alone to see the people that would be working on his collection and learn about their craft. He had a sense that this journey should be documented. We took each day as it came, keeping in mind what kind of interview and scenarios we would need to capture.

Luis: No one in the team knew if the village would allow us to shoot there until we arrived, introduced ourselves, and the designer explained his intentions with the film. There was an air of uncertainty on our entire journey to Guadalajara and up the mountain of what will happen in the village and if they would trust us to tell their story.

Amber: For me it was in post-production when we had to piece together the story from hours of interviews, which all had to be transcribed and translated into English for me to work with. It was an incredible challenge to only create a 5-minute documentary, when we had so much material about the people’s need for water, education, and medical assistance.

Luis: Great concept. Strong writing. Clear message. Short. And just as important is the aesthetic – that is has an appropriate visual look. Often that means beautiful, editorial photography, but it’s more important that the photography serves the story. Just like any other art, it must be captivating. 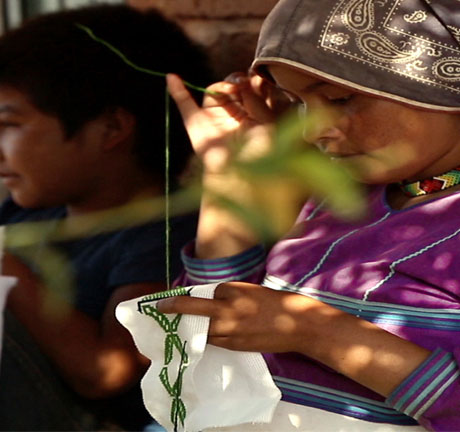 Q9. What advice do you have for aspiring filmmakers?

Amber: Don’t be afraid to reach out to designers and offer your talent. If you don’t have a portfolio arrange a collaboration, perhaps where the designer arranges the production (clothes, model, location) and you cover the post-production process. Nourish the relationship with those designers to build your body of work or use those pieces to pitch to other designers for a budget. And once you have a healthy body of work demand a fair wage for your time and talent!