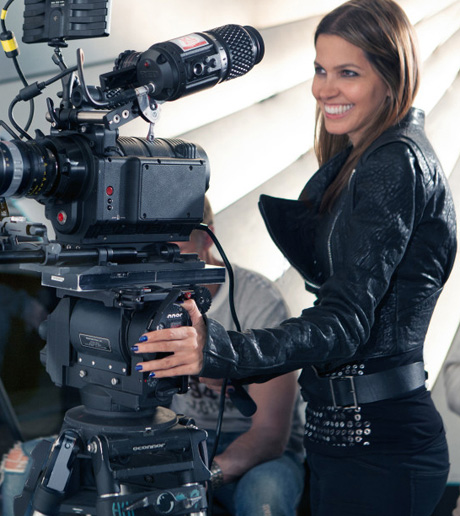 Q and A with Indrani Pal-Chaudhuri Director of "The Legend of Lady White Snake" Her film was winner for Best Fashion Film, Best Director and Best Accessory Design at LFFF2015

As I child, my parents didn’t let me watch films and TV, but they encouraged my imagination through books, art and storytelling. So when as a teenager, I first encountered film, it moved me profoundly and I intently studied every detail. For the past 5 years storytelling through the moving image has been my greatest passion. It’s the world’s shared mythology and common language with an unrivalled power to inspire personal and societal exploration and growth.

Fashion films provide an extraordinary opportunity to explore emotional and aesthetic stories free from the need for a linear narrative.

Fashion films are the only genre that has no rules, and therefore allows the greatest creativity.

Designer, stylist and producer GK Reid was introduced to Daphne Guinness at photographer Steven Klein’s house in the Hamptons. Soon after, we decided to film and photograph celebrities in coffins for Keep A Child Alive, to help fight AIDS in Africa and India, and photographer David LaChapelle, one of our subjects, suggested Daphne Guinness join us. While she was in the coffin, GK and my former partner Markus Klinko discussed shooting her for a profile for London Sunday Times. I felt snakes would be ideal props, and I was moved by her acting ability, so I brought in a great crew, and surprised her with the idea of a short film, which she loved. I had discovered in my Anthropology studies at Princeton University, the Legend of Lady White Snake, which I realized Daphne would be the perfect actress to embody. Daphne became an executive producer, and contributed poetry and unique fashions, GK created couture pieces for the shoot, and Markus Klinko casted numerous nude models Our 1 day shoot grew to 6 days, with multiple collaborators, GK brought in award-winning author Neil Gaiman, and our film was born. 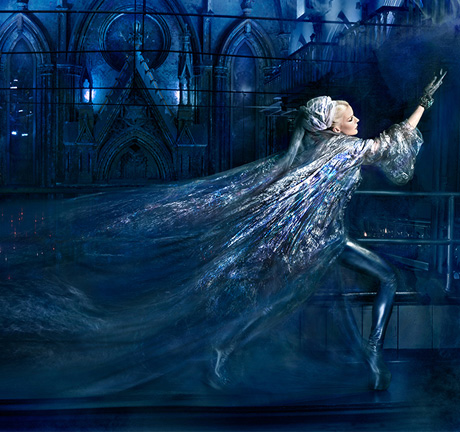 As teen old models sharing a Paris apartment with 7 others, my roommate and I discussed endlessly how one day we would make films. A decade later, I acted in her film, which helped her qualify for NYU film school, while I went to Princeton to study Anthropology, and became a successful photographer. Now we’re both directors, though in very different styles, and we’re members of Film Fatale a consortium of female filmmakers, who instead of being competitive, help each other to succeed.

Creative director GK Reid arranged for us to shoot portraits of Daphne Guinness for the London Sunday Times magazine and we felt a giant white python would be great to accompany her. I decided to shoot a 1-minute video for the magazine to accompany the article. As soon as Daphne was in front of my lens I knew there was so much more story to tell. I drew on my Princeton anthropology studies to find the Legend of Lady White Snake as the perfect story to bring to new life.

The biggest challenges were working with limited budget, and co-ordinating everyone’s schedules, to film on 6 separate occasions spread out over a year.

Decisions about clothing, jewellery and makeup were made in collaboration between the amazing Daphne Guinness, creative director and costume designer GK Reid, and myself. Makeup was created by brilliant makeup artists Gordon Espinett and Romero Jennings and sponsored by MAC Cosmetics. Q9.What are the key elements to making an effective fashion film?

Q9.What advice do you have for aspiring filmmakers?

Filmmaking is one of the most expensive and time-consuming of art forms making it challenging for young directors to get started. Ironically, both the fashion and film establishments choose to hire white male directors for over 90% of jobs, disregarding the views of their enormous female and minority audiences. So female and minority filmmakers have to be 10 times better than their competitors, in order to survive.