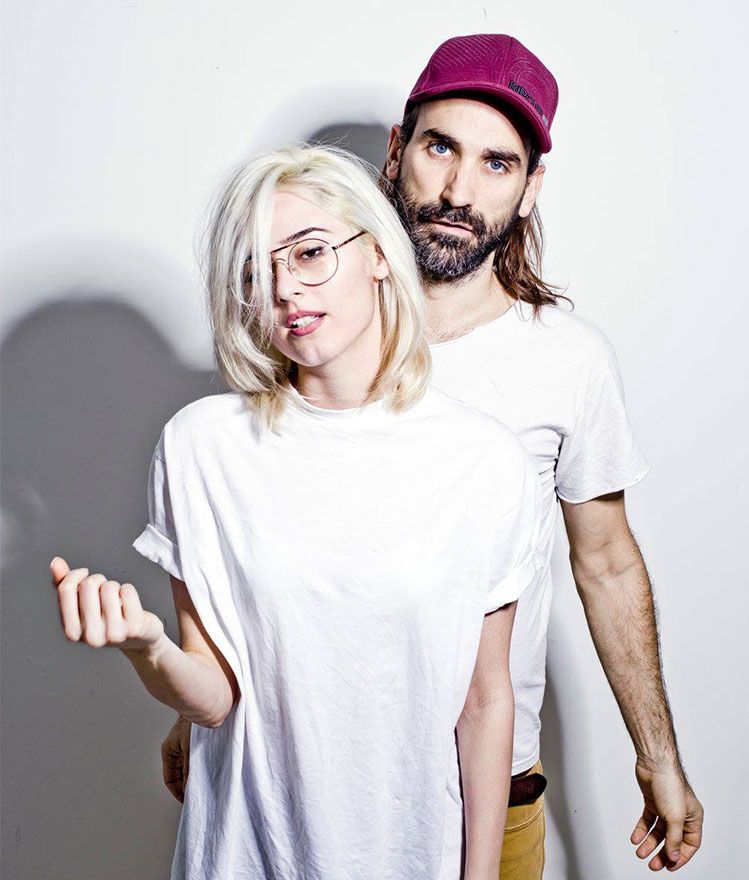 A. As you know we are two directors Manfre and myself. Our background is totally different; Manfre studied direction at a film school and I studied product design. She decided to become a director soon but for me took longer. After studying product design, window design and working as a designer and production manager on photo shootings for 12 years I decided that I had to direct something. I did my first short film and in my second film, I met Manfre. Since then we have been working together as a creative team and we have our production company together, Humanproduce.

A. Fashion is really creative and making a fashion film is much better than making a commercial. Generally, in a fashion film, the director works on an idea and then film it. It's more personal. You only need to understand the brand and come up with a good idea that the brand or the designer feels comfortable with. Push the brand to another level, more creative and emotional.

A. Fashion has a big sensibility on the aesthetics. It brings beauty to the character through the makeup, the hair, the styling and of course costumes and complements. You can make a very fashion short film but on a fashion film you work for a designer, for a brand and that´s the most important thing. You have to understand the artist behind that brand, the designer, and make his designs look better.

Q. How did you cast this film (MYTH)? What were you looking for in your characters?

A. For the main characters, we aimed for an androgynous look. To lessen the differences between male and female anatomy, for them to be similar, stylized but with mild native American traits. Manuel introduced us the Mexican model Andrea Carrazco and American actor Tokala Clifford. Tokala is also Lakota Indian, part of Sioux tribe. That increased the value of his character. Tokala had to learn his texts in Mayan language and from the start, he involved himself deeply into the project. The casting was a success, both Andrea and Tokala did a great job. For the creature character, we were looking for somebody with an unsettling appearance. Manuel introduced us to the New York performer Johanna Constantine. She was the character already. Last, for the goddess character, we opted for Slovak model Bárbara Turán, with Nordic/Aryans traits that would transport us to the European Christian stereotype.

A. We know a lot of people in the business but we have been always ourselves and we do what we really feel. We don´t compete. We always maintain our style and we don´t think on the others too much. I think that is something that we have been working on for a long time and it´s something really important that everyone should do. We love people that work on that line, authentic people with something to tell unto the people. And there are amazing directors doing amazing things!

A. MYTH was a commission from Tulum fashion week in Mexico. Tulum was one of the Mayan settlement. This inspired us to blend the regional history with Manuel's universe. We thought about the best way to connect them through the revisionism of the classic mythology.

We believe it always makes sense to dispute religious dogmas. Moreover, those who stay static opposite to an ever-changing world. For this project we focused on the myth of the creation of the first human, doing an historical revisionism about the myth through the explicitly and strength of the Christian iconography, the classic art, the pseudo-scientific writer Zecharia Sitchin's speculations about "Enki's myth" from Sumerian culture and the Mayan culture representations. To sum up, Myth is an iconographic collage made up from all this; Catholic dogmas (10 commandments) versus American Indian cultures, all influenced by the world oldest civilization, the Sumerians.

A. We shot it in Tulum, Mexico. We had a local production company there but they didn’t know how to deal with this type of production. So we had to produce it ourselves in a record time and in a city that we didn´t know. We didn´t have many facilities. 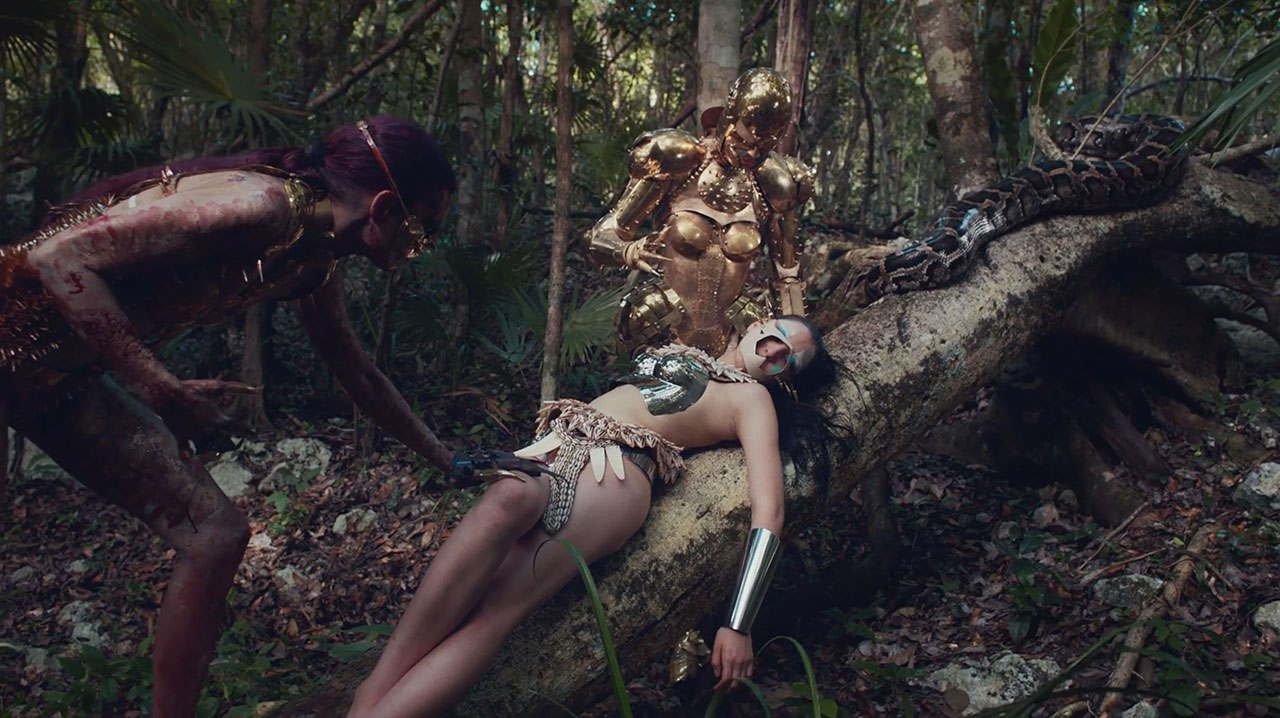 Q. How did you decide about clothing, jewellery and makeup?

A. Manuel Albarrán did all the clothing and jewellery. He is one of the best metal couture designers in the world. He created the looks with Ángel Cabezuelo, a very well know stylist in Spain, and we help them to choose the best for each sequence. We had some references to the makeup and Manuel sends them to a friend in México, Juan Peralta, that become part of the team. Johanna (the creature on the film) did her own makeup because she is a performer and she is always creating crazy characters.

A. You have to understand the brand and then be yourself. Try to bring the concept of brand to your ideas and style of filming.

A. Be yourself as much as you can and don´t be scared of making mistakes. Learn how to unlearn what you learned at school and find your identity. If you want to make a lot of money just copy, but do it better! Hahaha!