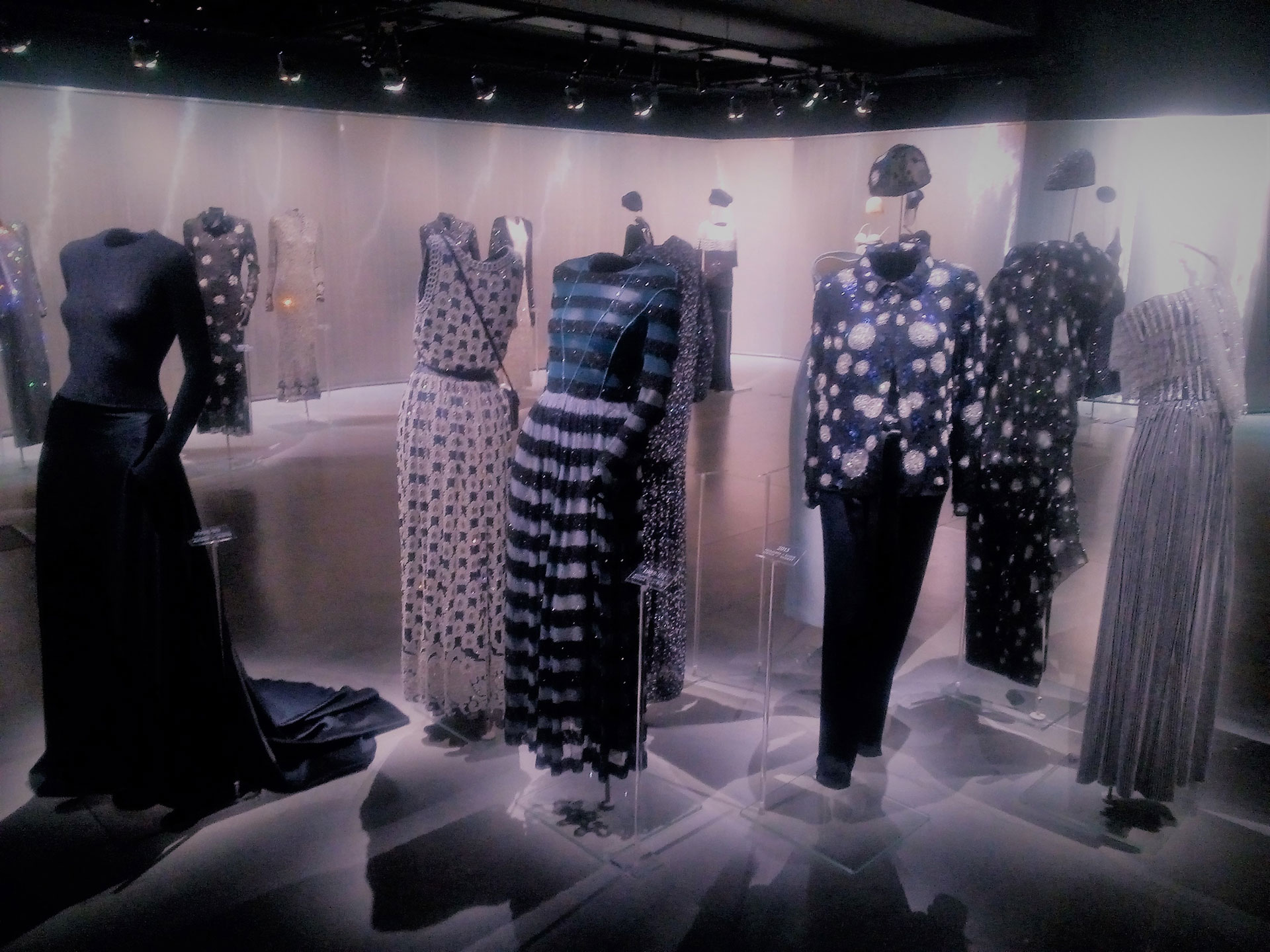 During my studies as a Pattern Cutter, I always had a propensity for jackets and coats using men's fabrics. I find the androgynous style full of seductive nature. I also often find myself fascinated by ethnic style. All of these elements, I can identify in Giorgio Armani's collections.

During my holidays in Milan, I had the opportunity to visit the permanent exhibitions of Giorgio Armani. Over forty years ago, he created a new fashion identity, defying the passing of time with subtle shades, smooth fabrics and deconstructed jackets. Giorgio Armani established a thin line between what was once seen as masculine and/or feminine, between rigour and indulgence, where the secret of modern seduction is unveiled.

At Armani Silos, Giorgio Armani shows a glimpse of his world: the dream of a measured, timeless aesthetic approach that has changed not only our way of dressing but also our way of thinking. Built in 1950 for storing cereals, today this ample 4500 square meter space spread over four floors houses a unique selection of fashion designer's creations, divided into themes that tell the story behind their aesthetics and their history.

Armani masterfully embodies an underlying tone of femininity and elegance through his meticulous exploration of an everyday item, a jacket. Armani cleverly filters through concepts of androgyny and so illustrious for his various interpretations of colours and fabrics. Armani brings together an unequalled invariability to his work, through a combination of traditionally tailor-made and dressmaking elements. Giorgio Armani's creations are distinctly influenced by extraordinary non-western cultures, faraway ethnic origins such as Africa, China, Japan, Persia, Arabia, Syria and Polynesia. All in which he interprets it with his signature style. Another aspect of his inspiration derives from Armani's love for cinema. It is within this space on the red carpet during the Oscars in Hollywood, where he is renowned for capturing the actor's willingness to wear clothes. Having the ability to enhance one's beauty as opposed to defining them through what seems to be timeless, and yet not disguising is revolutionary, to say the least.