Q and A with Enrico Poli Director of Not(e) for a Dreamer, He won “Best Director Award at LFFF2018

A. After a BA in Communication Design, I was very confused about what to do with my life and enrolled in a Master in Visual Arts. Consequently, I ended up being even more confused. During those years, I was lucky enough to meet someone that introduced me to the art of filmmaking and I graduated from the Master with a short film called La Salita(Italian for ‘The Climb’). The shooting turned out to be such a nightmarish experience that I promised myself never to make another film in my life! But when I started editing the footage I fell in love with it. Ever since, filmmaking has given me a sense of order.

A.This may sound a bit simplistic, but I would say that a fashion film is first of all a film made for a fashion brand or for a designer. I find it extremely fascinating that some fashion film are now multi-branded or even unbranded, as this demonstrates that the genre has evolved beyond its original connotation into a proper independent language.

A.There may be a need for a designer to communicate something through the language of filmmaking, or there may be a need for a filmmaker to tell a story within a specific language. ‘Not(e) for a Dreamer’ was something in between. I wanted to make a film about the end of playtime, and Antonio Labroca (designer for MONO-Y) wanted to expand the image of his brand with storytelling. Sometimes, especially nowadays with the crazy amount of videos out in the web, it can be paramount to label your work as something. I think ‘Not(e) for a Dreamer’ was very well received also cause it fit in a category: that of fashion film.

A. I would say that the main difference is that there is a designer involved. There is a need to comply with someone else's vision and artistic language. Unlike many fashion film directors, I don't originally come from art direction or fashion photography. It feels quite natural for me to try to push the narrative in this language. However, I regard the fact that fashion film isn't strictly linked to narrative as a positive thing, because it allows a great degree of experimentation over storytelling. Being able to leave things unexplained or unfinished is a great privilege for creative minds. If I'm honest, I tend to do the same also in drama. Perhaps I don't believe in certainties. 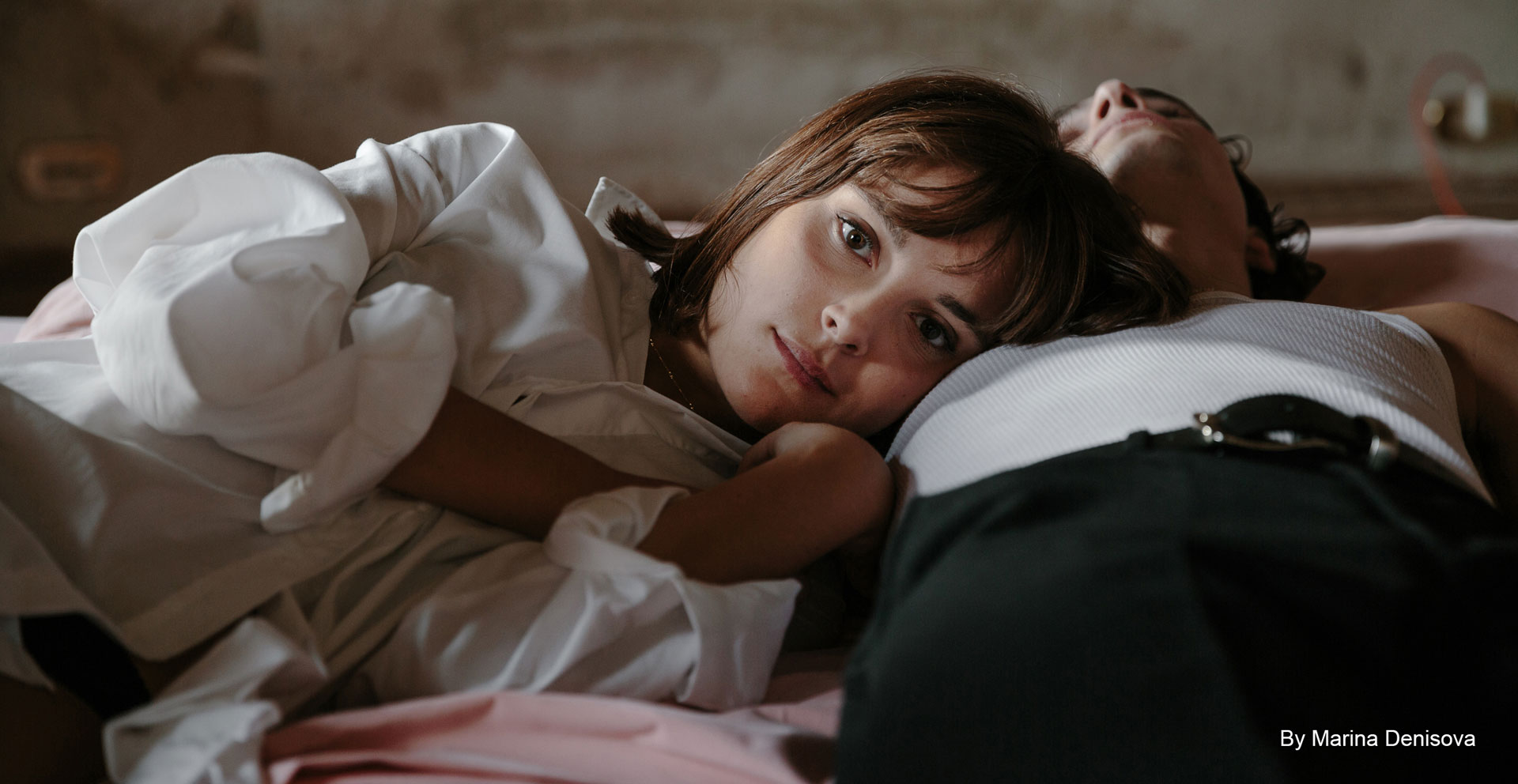 Q. How did you cast this film “This is Your Time”? What were you looking for in your characters?

A. The characters were roughly drafted in the script. What I was actually looking for during the months that lead to the making of the film, were actors that could convey the real meaning of the film. It was very tricky cause we didn’t have a big budget and even know we were aware of the importance of the female character, our instinct was telling us that we should have found a non professional actor, rather than an experienced model. We spent over four months looking and then we received this video from Matilde Benedusi… She was only sixteen at the time, playing a guitar and singing Beatles’ songs in front of her i-phone. We fell in love at once. It turned out that she was also an amazingly talented actress! The male lead was a young model that had already worked with Antonio (the designer) on a previous campaign. The rest of the cast is formed of teenagers that Antonio found basically around the street of Florence.

A. I try to keep the competition healthy. It can be useful to have other people as reference to push yourself to achieve more in your career. But I also think that when too much competition can kill your individuality. I have many friends in the film industry, but I would say more collaborators than competitors. I’m not sure why...

A. About one year and a half ago, Antonio (the designer behind Mono-Y) and I were discussing the evolution of his work. For his latest collection, he took inspiration from the youth culture of the late ‘80s/early ‘90s, reinventing it into something contemporary. I thought this concept could be very interesting to translate into film. The story actually came all at once. The narrative revolves around the idea of 'the end of playtime'. Anaïs (the main character) reflects on her desire to extend playtime over the boundaries 'imposed' by age and society, while she starts to acknowledge the changes that have happened within her in the recent months. The places and situations that had livened up her summer are now deprived of their meaning, causing her to question also the reality of feelings. Anaïs is therefore faced with a dilemma: shall she linger in the nostalgic limbo provided by her teenage mind, or shall she cross the line and walk into adulthood once and for all? This storyline was my take on Antonio's exploration.

A. Until now, it’s been working without a proper budget. I normally have extremely clear ideas on what I want to achieve. The problem is that there’s never enough time or money to do things the way one would want to. In ‘Not(e) for a Dreamer’ we were extremely lucky. 95% of the film is shot with natural or available light. The whole film was shot in 14 hours with a crew of only 7 people. Somehow the Gods of filmmaking assisted us!

A. Antonio and I worked a lot on the structure of the film and on how to mirror it with the use of the clothing. The idea was to create a narrative arc that reflected the evolution of Antonio’s work from inspiration to completion, with a hint to the future development of his style.

A. I don’t think there can be a straight answer to this question. It really depends on the brand and on the film. I like to think that fashion can also be a concept, rather that being accomplished only through the aesthetics. This allows for more experimentation. Somehow, in fashion film, the medium becomes the message. In ‘Not(e) for a Dreamer’ I knew that I was allowed a level of naivety in the mise en scène, for the film was about teenagers and the message revolved around the end of playtime.

A. Again, not sure there’s a straight answer, but generally I would say that Fashion Film can have a narrative that goes beyond the idea of ‘selling a product’. It can (and should) in fact convey and expand the narrative of an artist: the designer.

A. Well… Fashion Film is tricky in this sense. For ‘Not(e) for a Dreamer’ I tried a crowdfunding campaign that raised £10. The problem is that Fashion is associated to advertising, therefore people are not extremely keen in giving their own money to support your work. I think the budget should come from the designer. Another way to go about it is to convince a Production Company to support you. I have to thank WhiteCoat.Tv for the incredible help they provided on this film. However, part of the budget should always come from the designer for the process to get started.

I have two: 1. do what you really love and be yourself; 2. always try to give your films a context, so that people understand what you are doing and why. Filmmakers’ careers depend on the success of their work. It’s paramount to understand what determines the success of a specific project. Do you want to win festivals, do you want to be noticed by brands? I am giving this advice, cause I understood it very late. Basically, now. I’ve made film in the past that didn’t go anywhere, and it was profoundly disheartening. At the same time, please!, retain your individuality. As filmmakers we are basically artists. We have a responsibility towards the world as we are spiritual regulators (or at least I like to think that we can be). We can’t reduce creativity to accomplishing the audience’s needs just to be successful. That would just lead us to lose our soul. Without a soul, without something to really say about ourselves to the world, we are just good craftsmen. And if it’s true, as I think it is, that we emerge as a society through our aspirations and desire, it’s really a responsibility to bring into the world something true about ourselves.